Abstract. Transformative tools for thought require not just the latest insights from cognitive science, but robust economic incentives. Such incentives ought to serve a dual function: keep learners coming back to hone their knowledge, and generate the funds necessary to maintain and extend the tool as a high-quality public good. Based on Matuschak and Nielsen’s work in Quantum Country, we propose an economic spaced repetition learning system. We aim to demonstrate how a community can track knowledge transfer using incentivised mnemonic media, capable both of keeping learning free and generating revenue for each participant.

We have built the first version of an open source syllabus for a better web. We have had 800+ Fellows go through the course, testing it, improving it, and building their own projects based on what they learned over the 8 weeks in which each course runs. This has resulted in 100+ new projects and companies formed to work on various aspects of “web 3”, and over $40M raised. While there are many great blockchain courses, we are comfortable that Kernel offers the broadest content and does so in a unique way: all of it is open source and freely available to anyone, anywhere. We charge not for access to knowledge, but for the privilege to participate in the community behind the syllabus.

There are two pieces in the syllabus itself which inform the rest of this paper: one which describes wealth as a mnemonic, and an essay on the mnemonic medium. In the first piece, Nick Szabo quotes Richard Dawkins who wrote, “money is a formal token of delayed reciprocal altruism”. Szabo uses this idea to develop a theory of collectibles built around closed loops of mutually beneficial trades. Critically, these collectibles act as intergenerational containers not just for wealth, but for memory: wampum shells are valuable in and of themselves, but the way they are arranged on a belt or necklace encodes narrative information about a treaty or event or previous owner which moves along with it, increasing its value over time and amortizing the cost of transport and trade. The mnemonic medium is not just about better memory, cognition, and creativity: it must also be about delayed reciprocal altruism and the wealth of intergenerational knowledge and value which we all stand to inherit if we can build tools to more fully and carefully consult the human record.

Matuschak and Nielsen understand this, but lack a viable economic solution. The dream is the same as it was with Vannevar Bush and Doug Engelbart and Alan Kay: build transformative tools for thought, “'the very use of which would actually change the thought patterns of our civilization”. Using the latest insights from cognitive science, Matuschak and Nielsen claim that the mnemonic medium can approach this lofty goal by embedding spaced repetition inside a narrative.

It’s a fascinating claim, but they themselves identify the same old issue with such work: funding. Their struggle is primarily cultural, because what the development of transformative tools for thought requires is a combination of the best parts of modern product practice with the best parts of modern research culture. However, a tool which will transform the thinking of a civilization cannot be owned: it must be a pattern used by humanity, in the same sense as language is. It has to be a public good, but where can we find the money to fund the development of a public praxis and core set of ideas powerful enough to shift the thinking patterns of civilization? Our submission: in the same place it’s always been stored — the mnemonics themselves.

"There’s a general principle here: good tools for thought arise mostly as a byproduct of doing original work on serious problems [...] Furthermore, the problems themselves are typically of intense personal interest to the problem-solvers. They’re not working on the problem for a paycheck; they’re working on it because they desperately want to know the answer."

This is about building public tools for thought which — like language — are really patterns owned by humanity as a whole, in which we can playfully explore with each other the very edges of our shared record of knowledge and intergenerational value. How are we going to do that?

Luckily, Matuschak and Nielsen have done most of the heavy lifting and much of what we propose can already be found on Quantum Country. Our addition is, in fact, very simple.

If the learner successfully completes the course, they can either claim their fee back in full or mint LEARN tokens with it.

Whether the learner claims their fee back as is (choosing not to become a token holder) or uses it to mint LEARN, any yield earned is returned to the course creator as due reward for their work.

What is the incentive for minting LEARN, then? It's twofold: you now hold a token of membership in an epistemic community, and the LEARN contract ensures programmatically that less LEARN is minted as more collateral collects in it. Note: this is not a guarantee that the price will always increase, as there is a two-sided market and people can always burn LEARN and claim back the underlying collateral.

If a learner “falls off”, the fee continues to earn yield until all checkpoints are passed, after which they can claim back the original fee, while all yield is returned to the course creator.

This provides a strong economic incentive to learn, in addition to the stellar work already done to ensure that online media abstract away the problem of memory so as to allow people to focus on creativity, “chunking”, and higher order thinking like analysis and synthesis. If our media make it easier to remember any information we encounter by virtue of what they are then we can free our minds to engage in more creative analysis and synthesis. How does a token serve to fund the tool as a public good though?

The course remains totally free, though additional features to enhance learning require a staked fee, which is returned, so is also free on a long enough time horizon. The shape of the curve is enough in itself to incentivze learners to mint LEARN, as those who learn Kernel’s lessons early have the potential to benefit more. This is a general economic design for continuous online learning environments. Anyone can deploy their own version of the contracts and, if you make great courses which many people are willing to pay for, you can fund your work by being an early holder of such a token.

All that is required to introduce economic incentives into Matuschak and Nielsen’s mnemonic medium is two new contracts on Ethereum: the Kernel Factory, and the Learning Curve. The Factory is used to create any new course. These courses need not be based on spaced repetitive prompts. All that is required to launch a new course is a “fee”, a number of “checkpoints” at which learners can claim or mint a portion of the fee, a "url" where the course lives and an address for its creator where yield earned on staked fees can be sent.

The Factory accepts the fee when any learner registers and locks it in a low-risk yield-bearing protocol. It then returns the fee to the learner if they choose to claim it back at a checkpoint or the end of the course. Alternatively, it sends the fee to the Learning Curve, which mints LEARN (an ERC20 token) and returns that to the learner. If a learner has not completed after the specified period, it still allows them to claim the fee back, and ensures the yield is always returned to the creator.

In fact, the Factory has not notion of a "completed" course, because we believe education is moving away from assessment and examination and toward contributions and open source attribution. We're not interested in testing people, which would always necessarily require some kind of privileged role in the contract itself. We're only interested in the sort of general template that can exist indefinitely and continue to provide value to as great a variety of educational models as possible.

The Learning Curve mints LEARN according to a price curve which increases linearly as a function of the total collateral locked. This means, as time progresses and more collateral is locked as more people take the course, the price of each LEARN increases. This provides an incentive for those who believe in the model, and our course content, to seed the curve early on and mint LEARN at lower prices. Anyone can mint LEARN. Anyone can send LEARN to the contract, which it “burns” as it returns the underlying collateral. This creates the conditions required for a viable secondary market.

While LEARN is learned into existence, the value it represents is not intangible: it is expressed as a function of the underlying collateral. This provides the foundation required to experiment with other community token features both as they relate to executable books in more practical skill-focused tracks, or interesting community gift economies and gathering spaces.

We have extended Matuschak and Nielsen’s mnemonic medium by applying a cryptoeconomic mechanism that ensures (i) knowledge remains accessible always, (ii) learning remains free, and (iii) a community of learners can track the progress of knowledge transfer in such a way that it generates the wealth they require to continue learning about and implementing their creative solutions to societal challenges. Ours is an experiment with a novel mechanism, which combines narrative encoded in a mnemonic medium with economic incentives, to see if we can solve the problem of funding public tools for transformative thought. Our aim is nothing less than what it has always been: collectively improve the thinking patterns of civilization.

One way of looking which will be expanded greatly by our fellows over the years to come.

What is KERNEL's Most Fertile Path?

One way of looking which will be expanded greatly by our fellows over the years to come. 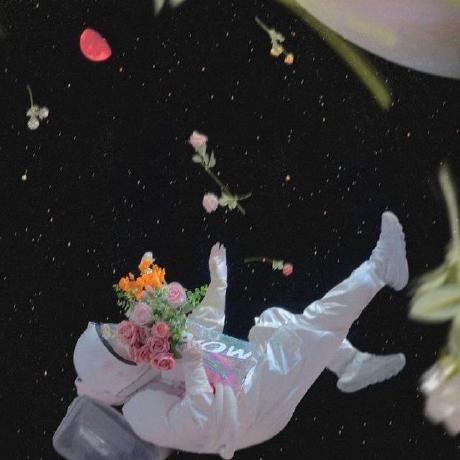 Making sure we put both minds and hearts from all over the world together in one place, no matter your circumstances.