We've investigated the root meanings of tokens and incentives, and travelled back a bit in history to try and understand the mechanisms which have been most successful for the first wave of internet business, as well as the predecessors on whose shoulders they stood. What has come out of this investigation is fascinating: the opportunity which presents itself for how to improve the mechanisms currently in use in businesses like Amazon - i.e. turn every internal bottleneck into a customer-facing platform - revolves around advertising.

How can this be?! Advertising is what we want to get rid of as we figure out how to relate more directly and meaningfully, with value that we create, right? It's the single most demonised part of web2.

When advertising revenue accrues to one central party, it is addictive, extractive, and represents the sort of perverse incentives we want to avoid replicating. However, advertising which informs me how to most meaningfully participate in communities in ways which benefit me and the people I participate with moves us closer to what David Foster-Wallace once called “The New Sincerity”. It is this insight which leads us into our next brief, because we can’t yet look at economic models knowing what we do. We must first turn to what makes any model meaningful at all: the narrative in which it is grounded. 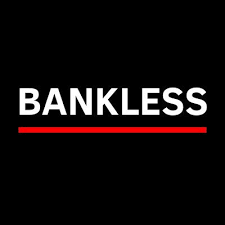 "The world is turning into a place which is valued more by narratives than by fundamentals and [Dr Ben Hunt] caught that switch very early. He's got a lot to teach us about how narratives and game theory effect asset prices. This is about the base, social layer of the human experience."

This conversation will help you deepen your approach to:

The actual podcast begins at 6:42, if you're not interested in the build-up.

This dialogue revolves around an idea called Epsilon Theory, which is basically game theory as it applies to other players in the context of stock markets and investing. As the saying goes in poker: you don't play the cards, you play the player. That is, the smartest move is often not necessarily to invest in the stock with the best fundamentals; it's to invest in the stock you think everyone else believes to have the best fundamentals. When everyone thinks this way, it gets even more complicated and you end up with things like Hertz or TSLA.

Traditionally, we can model the return on any investment we make with the formula:

where y is the overall return; alpha is the excess return relative to the market; beta is essentially the market rate; and epsilon is the "error" or, more prosaically, "everything else" that doesn't fit into the traditional model.

Dr Ben Hunt makes the claim that epsilon is the term which captures other people's behaviour. In order to demonstrate this, he cites a lesser-known game, beloved by John Maynard Keynes: the common knowledge game. Back in the day, newspapers held beauty contests where they would post 10 pictures of beautiful women and have the public write in and vote on who was the prettiest lady in the land (Level 1). However, you might be rewarded if you voted for the winner. Which means, you ought to vote not for who you actually feel is prettiest, but who you feel everyone else will vote for as prettiest (Level 2). Level 3 is everyone figuring out what everyone else thinks about who the prettiest girl is, much like the stock market today. It's a question of what the consensus about the consensus is. It's game theory for crowds!

"I think everyone's woken up - or been forced to realise - that the old rules don't work. Frankly, they never did: it's just that we all believed they did [...] Everyone's now thinking in terms of narrative, and playing the player in these strategic interactions, which I think is so important for understanding the real power structures in the world and what we can do to change them.""

Q: Common knowledge games are how we model what?

A: Other people's behavior (or: the strategic behaviour of market participants).

Consider an island of blue-eyed people. On this island, it is taboo to a) have eyes which are not blue and b) speak of anyone's eye colour. If you have eyes which are not blue, you must leave the island the next day. Because of these conditions - even though there may be some green-eyed renegades present - there is no way of telling them apart, so everyone stays and lives happily together. However, one day, a missionary arrives on the island. Not bound by the same taboos, he studies the local society and then stands up on his soapbox and ruins everything by announcing that "There are people on this island with green eyes!"

Of course, he's just saying what everyone already knows. However, now everyone knows that everyone else knows. That is, the missionary has established common knowledge. If there is only one green-eyed person, it's immediately obvious who it is, and they will leave the next day. If both you and I have green eyes, what happens? I look at you, see your green eyes, assume you're the one the missionary referred to and that you'll leave the next day. However, tomorrow comes and you're still there. Seeing as there is no-one else with green eyes, I must conclude that I also have green eyes and (having gone through the same internal thought process), you and I both leave at the same time, two days later. If three of us have green eyes, we will all leave together three days later, and so on. For n people with green eyes, we all leave together n days later.

"This process of creating common knowledge, and then all of us looking around saying, 'Am I the only one who's out of step here?' is the way markets work: nothing, nothing, nothing and then - all of a sudden - boom! Everyone with green eyes leaves. There are time and magnitude elements to the creation of common knowledge and the way it impacts a market. The more people who share the non-common view, the longer it takes to break the narrative, but the bigger that break will be.""

Q: What must we think in terms of in order to play the player and understand how power structures really operate?

Our ability - given the fire hose of data we are faced with every day, and the processing power we now have - to visualize the structure of crowd narratives is unprecedented. It's no mistake that the four most successful species - ants, termites, bees and humans - are all social animals. The sine qua non of what this means is existing within "an ocean" of intraspecies communication. When we can map these narrative spaces, we can better predict and anticipate human behaviour.

The question is not whether predictive models like discounted cash flows are right or wrong; it's whether they are useful. For instance, Newton wasn't wrong, it's just that his equations have turned out to be special cases of more general phenomena. The same applies for markets and econometric theory.

The conversation moves into a discussion of the 2008 crisis and the Federal Reserve as missionary, creating the narrative that they will always backstop the market via "open market operations" like buying the Mortgage-Backed Securities Perry Mehrling talked about. Dr Hunt points out that this really began in 2009 with the Temporary Liquidity Guarantee Program, which was a set of actions whereby they put the "full faith and credit of the US government behind the unbacked credit of federally chartered banks" - that is, Goldman could stand up the next day and issue $30bn of corporate debt, co-signed by the government.

The pleasant skin of capitalism was ripped off in 2008 and I could see the naked sinews of power below that [...] And now again, created over that, is the new skin of narrative and missionary work - we're saving the economy.

Q: What ironic name is given to the "operations" of the Federal Reserve when it acts as missionary?

Dr Hunt speaks about the "nudging oligarchy" and the "nudging state" - that is, we don't live in 1984 with the government as a jack-booted thug, crushing out all resistance. It's much more like the smiling badge with a few drops of blood from Watchmen, whose ultimate goal is self-censorship. This is Bentham's panopticon par excellence.

Moreover, it is the panopticon enhanced with Moore's Law when you consider Central Bank Digital Currencies and social credit systems. Dr Hunt claims that a government is defined by control of the money supply and argues that it will co-opt the clever parts of technologies like Bitcoin to suit the ends of those in power.

However, be wary when you hear people talk about the "strategy" of Bitcoin, or the "intention" of decentralized networks. Bitcoin and Ethereum have no strategy - they are means of ordering transactional facts in time such that no-one can claim ownership of either order or fact. Remember: we're not fighting the system, just abandoning it. Listen to Kevin Kelly: "there is no them". There is - to use Dr Hunt's own words - only one crowd trying to look in the mirror to figure out what the crowd truly thinks.

Perhaps the ability to exit - this notion of abandoning the system - is exactly the sort of check we need to prevent nudging states from moving too far, and exerting undue influence over the citizenry's autonomy? Dr Hunt thinks this is true, but cautions that one doesn't want to end up in the "gold bug" situation of sitting in a bunker hoping for a catastrophe, as it is not a pleasant state of mind in which to pass your life. There is a longer game at play here, and it doesn't take place on "the battlefield of money", where one is first ghetto-ized and then outlawed.

Distributed ledger technologies attack the Achilles heel of the nudging nation state, by solving distributed trust. This is at the core of Dr Hunt's movement around investing and citizenship, and what Epsilon Theory is really about. Distributed trust is the Big GameTM.

1
Competition between nations leads to adoption of public, decentralized networks;
2

Such networks become so useful that - like TCP/IP - nation states must adopt them to stay relevant; or

There is a generational narrative shift led by disenfranchised youth.

Dr Hunt thinks the first two are unlikely: strong nations will only compete to dethrone the Dollar if they can replace it with their own currency, and weak nations "do what they must" to survive. Usefulness gets co-opted such that you become just another game in the "Wall Street casino" and change nothing fundamental, like Rushkoff bemoaned. However,

I honestly think that there is an enormous reservoir of desire for an alternative financial system or network of investors and markets and trading that is outside of the public market casino utility that we have today and that [Ethereum] has developed an integral part of that [...] There is a natural alliance, that can be cemented with the right narratives, between value investors and the disenfranchised young generations which could shake the current financial system and create something interesting.

Q: How can we undermine the actions of nudging nation states?

A: By distributing trust.

💡 This is the evolution of our revolution.

And it arises from linking together people from all around the world in what is known as an epistemic community - a community of knowledge. The ability to create such squads is new to the world, and it is cause for great optimism, even in the face of the power of nudging states and oligarchies. This is ultimately about finding the people who are in this world, but not of it:

Good-hearted, but disaffected people, who want liberty and justice for all. Imagine that!